The 73rd Annual Macbeth Invitational was another great success as the Club put on a show once again for the 69 visiting teams and 31 Wilshire teams that competed in this year's Invitational. Macbeth Chair Rick Mori and his committee (Kent Keller, Mark Rice and Jim Holleran) are to be congratulated for another year of impressive execution with this iconic event.

P.S. If you have any questions, comments or suggestions, or you no longer wish to receive this alert or an invitation from us, please let us know by sending an e-mail to macbeth@wilshirecountryclub.com 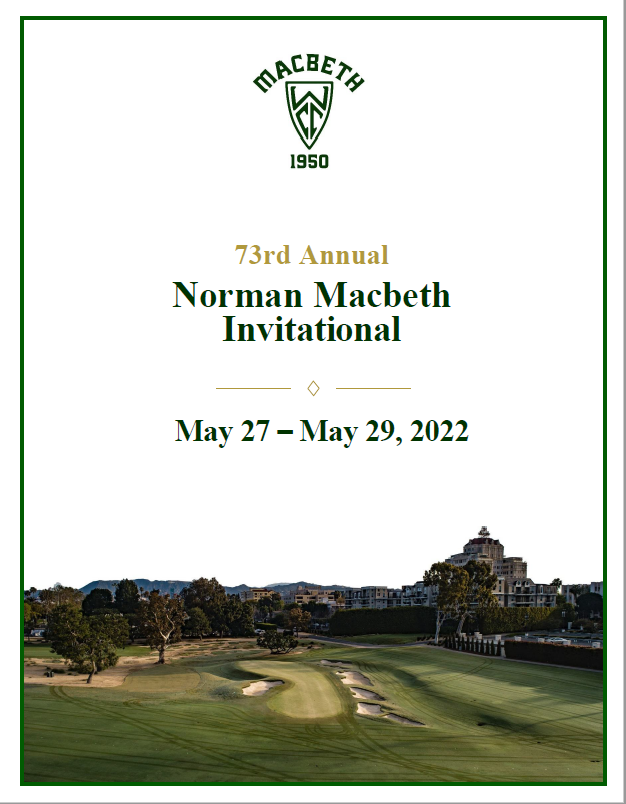 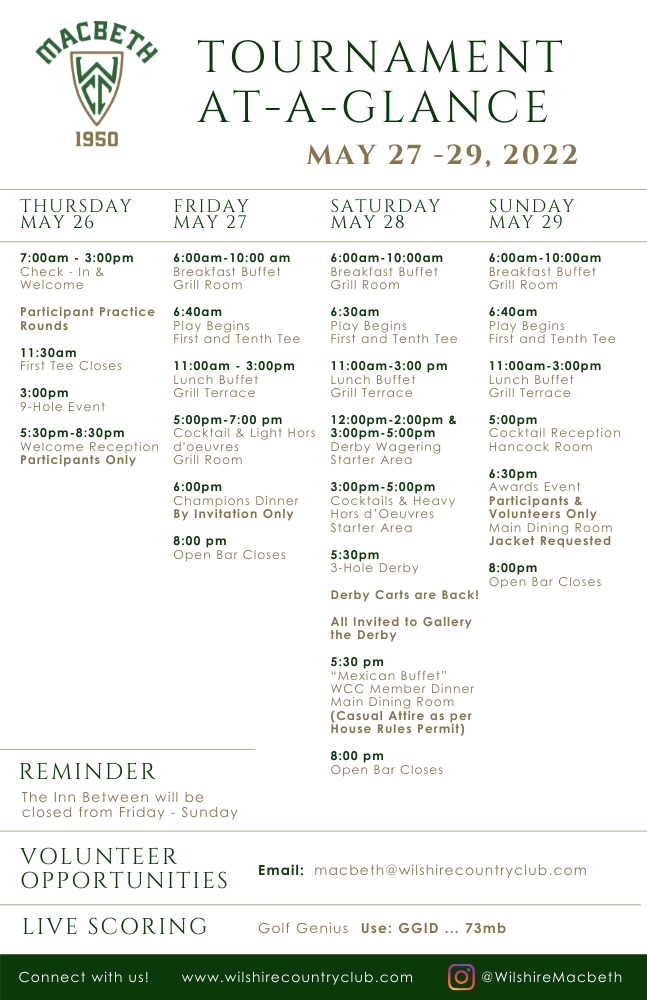 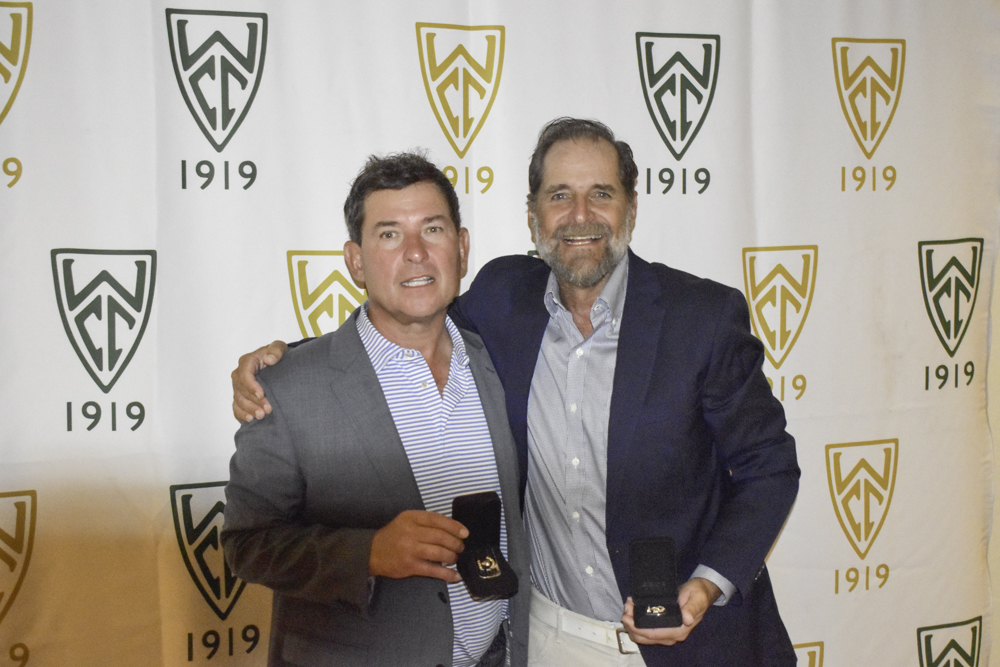 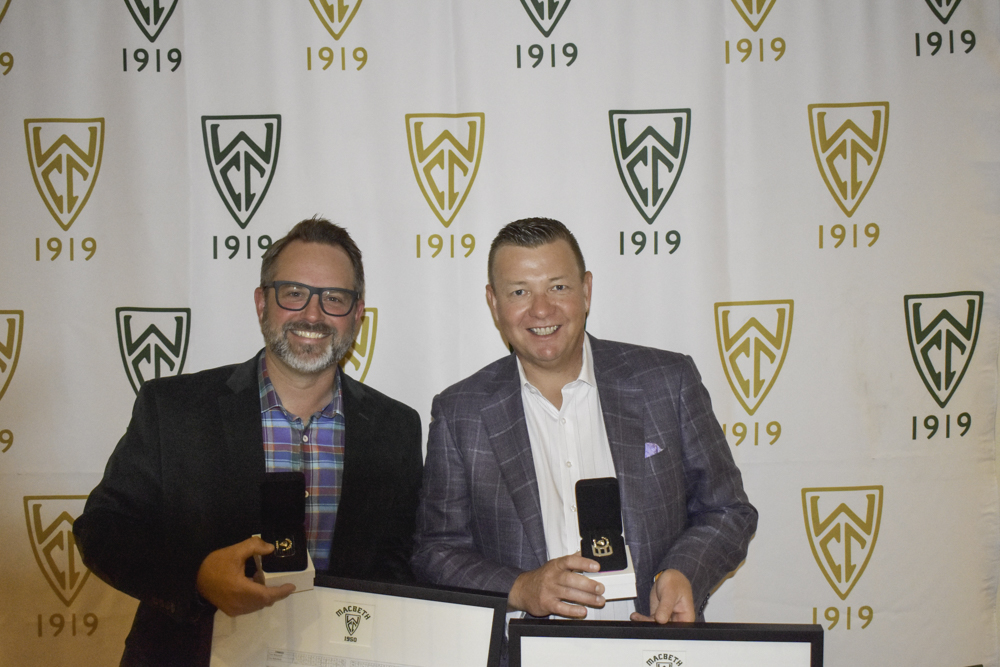 About the Macbeth Invitational:

The Macbeth was founded in 1950 and honors Norman Macbeth, one of Wilshire's most distinguished members. Norman was an outstanding amateur golfer, a distinguished golf course architect, and a founding member of Wilshire.

The Macbeth consists of a 54 hole, stroke play two man tournament, and spans the course of three days. Members of the low net team will be declared the official Macbeth Champions. The nine-hole Scotch event takes place the Thursday prior.

Norman Macbeth was a man of numerous achievements, and it could probably be stated that no one man has contributed more to golf in California. The Macbeth is a tribute to the man, his contribution to golf, and his memory. 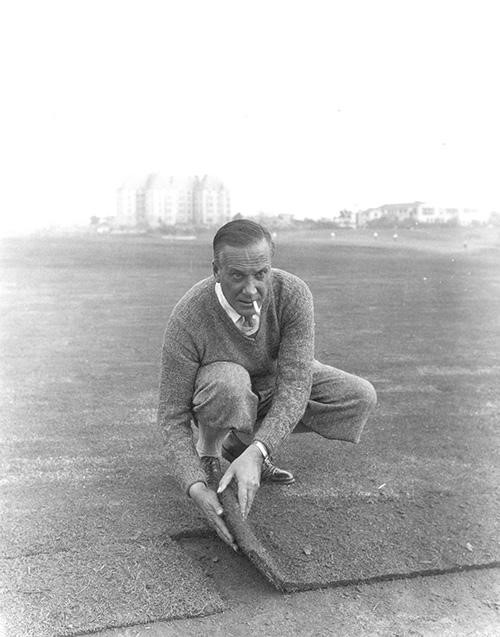