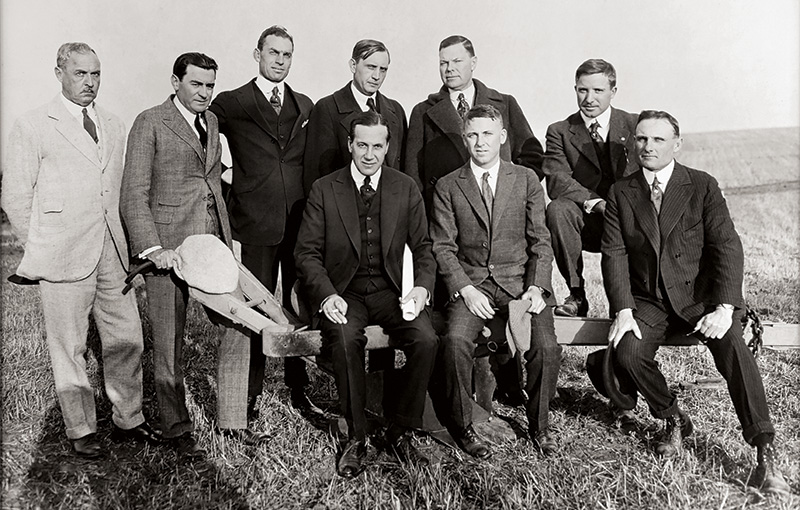 Around 1919, a few Los Angeles businessmen came up with the idea of constructing a golf course on this open Rancho La Brea land. G. Allan Hancock, one of Los Angeles' wealthiest men, was quite willing to lease the land to a group of men at a very modest rental amount and to include an option to purchase it. Raymond and Moye Stephens were a part of the initial group of businessmen, and they also happened to be Hancock's attorneys. The two Stephens brothers, along with the other men, were very interested in the game of golf; however, the chief enthusiast of the group was Marion R. Gray, another local businessman who ultimately became Wilshire's first president. Other prime movers of this group of men were C. E. Toberman, a real estate developer who had already acquired some of the Hancock land in the neighborhood, and Thomas C. Bundy, an ardent sportsman and businessman who served as the first secretary and whose office was used by the Club organizers until the Clubhouse was built.

Additional men initially involved in Wilshire's beginnings were George Eastman, later president of the Los Angeles Chamber of Commerce; Norman Macbeth, another businessman and one of California's best golfers; Dr. Guy Cochran, a prominent physician; businessmen George G. Greenwood and A. D. S. Johnston; as well as the aforementioned Stephens brothers. Attorneys Raymond and Moye Stephens drafted the initial lease/purchase option agreement, along with the incorporation papers and the bylaws of the Club. 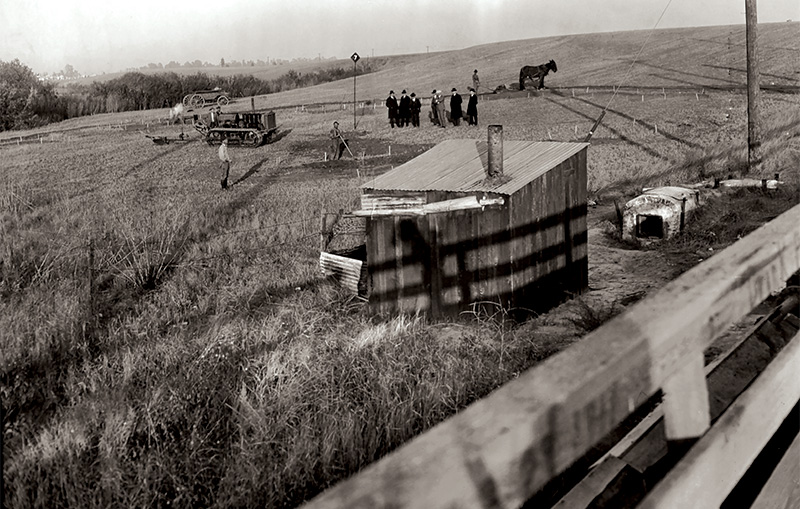 As reported in the July 27, 1919, issue of the Los Angeles Times, the concept of a golf course in the Wilshire District had some doubters, and the initial news of the course was described as follows: "The idea will probably come to many golfers that the Wilshire links will have a billiard table top. It will be hard for many to conceive of any place in the Wilshire district where a sporting course can be located. Those in doubt need only to take a trip to the new course location to be convinced that the Club will have a links equal to Los Angeles Country Club. All prominent golfers and professionals who have seen the course location rave over its possibilities. A wash runs through its center similar to the San Gabriel Country Club, though not as sandy.

The lay of the land is rolling and hilly like that of the Los Angeles Country Club and every kind of a hole known to golf can be constructed." In the same L.A. Times article, Marion Gray, soon to be Wilshire's first president, was also quoted as saying, "When Mr. Bundy suggested a new club to me, I said that this is only but a beautiful dream. And when he next showed me pictures I wondered into what wilderness he had stolen to find them. But when he took me out and showed me the course location I was convinced that it had all he claimed and more. Because of what the course will mean to many businessmen like myself, I have accepted the presidency. The Club will be a wonderful asset to Los Angeles and a boon to all local businessmen." 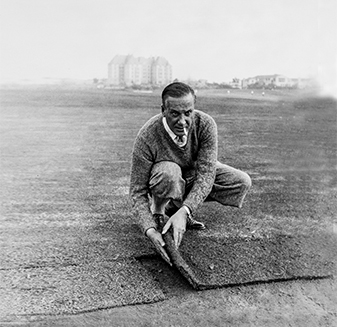 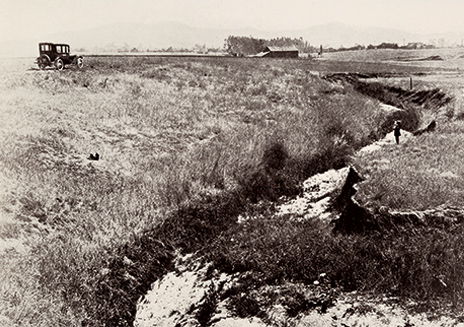 IMAGE 1: Norman Macbeth, a champion golfer and the architect of Wilshire Country Club, lays sod during the 1920 construction of the golf course.

IMAGE 2: A section of the Rancho La Brea land and its prominent barranca before construction of Wilshire Country Club began. 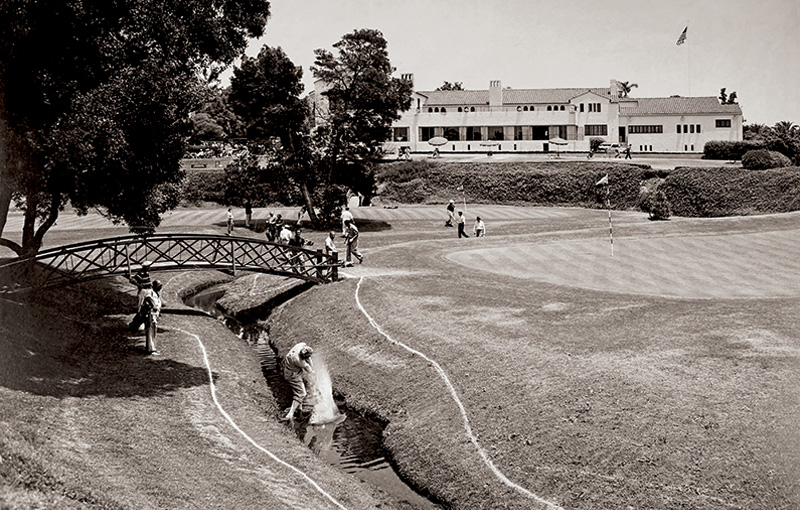 A Member chips out of the barranca on the 16th hole during the 1955 Macbeth Tournament.

The original Clubhouse in 1922 on the corner of Rossmore Ave. and Temple Street, which became Beverly Blvd. upon its construction through the golf course in 1924. 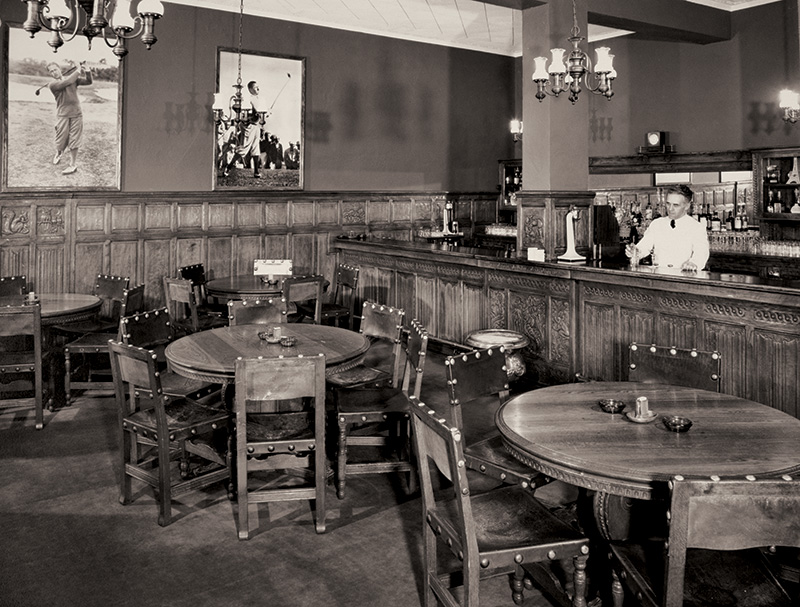 The original Barranca Bar got its name shortly after the Club opened in 1920. Its beautiful hand-carved oak-paneled walls and its location in the men's locker room created an ambiance that made it a very popular watering hole for all of Wilshire's male members. As a result of its popularity, a contest involving all the members was held to determine the most appropriate name for the room. The wife of one of the members suggested it be called "The Barranca Room." Her reasoning was that her husband frequented the new bar on a regular basis, and just like the barranca on the golf course, the bar was easy to get into, but quite hard to get out of.

During the early 1970's, the Barranca Bar was much more of a hangout than it is today. Ideally located, it served as a great watering hole for men after their rounds of golf or just for casual drinking. There were always many male members there every afternoon, and during that time period it served as today's Macbeth Bar for social drinking. It wasn't until the evening hours that men retired to the upstairs grill room to enjoy their libation in a different location.

Every Saturday afternoon, the Barranca Bar featured a lively liar's poker game that included a fun-loving group consisting of Adin "Doc" Raney, Bill Wahl, Hal Baker, Sig Herman and Neal Dodge. The game was so lively that it drew many onlookers who loved witnessing the outcome of the betting, as well as the banter between friends. This room also served as the watering hole for everyone who played in the Saturday-morning Early Bird competition, and on many occasions, there were as many as 40 to 50 members enjoying drinks and kidding each other about their Saturday morning round of golf. Although, not as popular as it once was, today the Barranca Bar is still used for lunch and drinks by a few foursomes after their Saturday and Sunday morning rounds of golf. 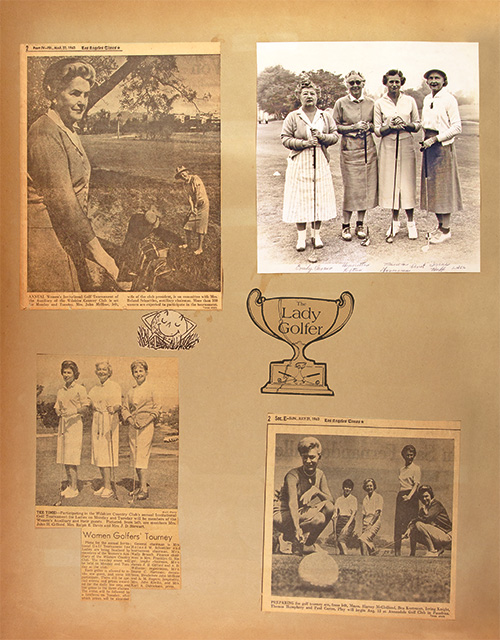 A page from the Women's Auxiliary photo album features highlights of women's golf at the Club during the 1950s and 1960s. 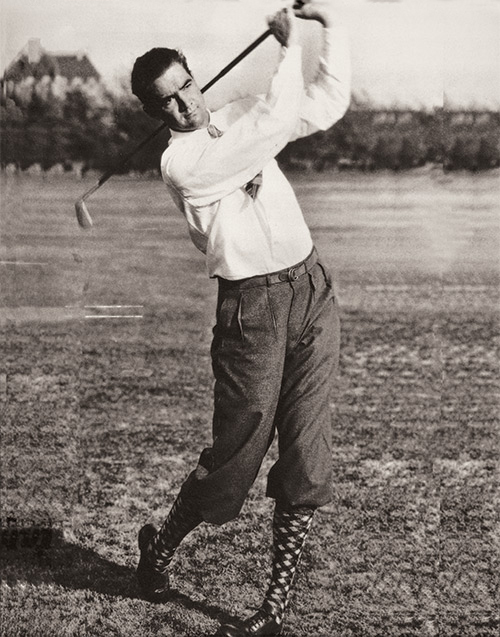 Famous industrialist Howard Hughes was one of the earliest prominent members of the Club. He joined Wilshire Country Club in 1925 and he lived in the beautiful Spanish/Mediterranean house located adjacent to Wilshire's eighth green and ninth tee. 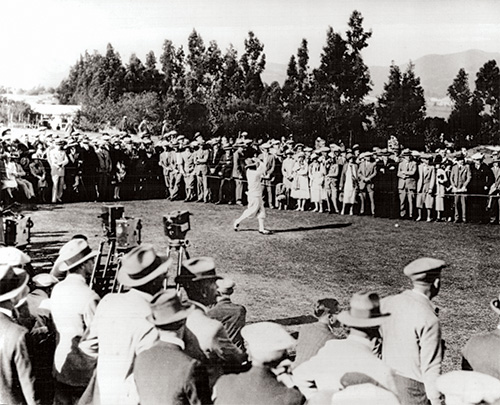 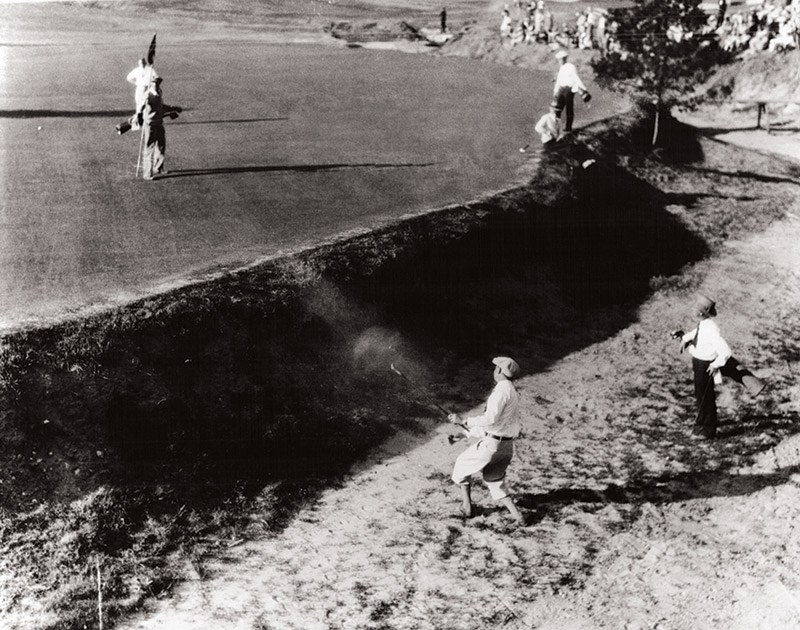 A player pitches out of the barranca onto the 18th green during the 1931 L. A. Open. 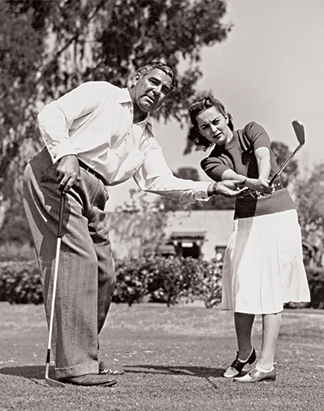 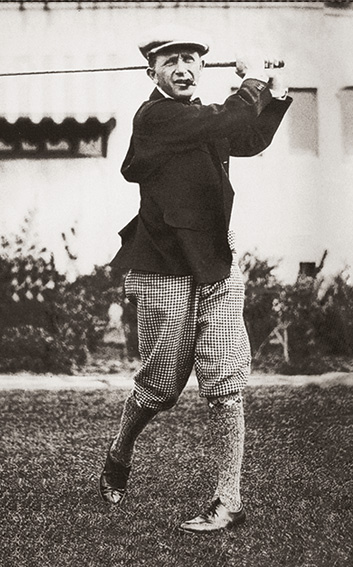 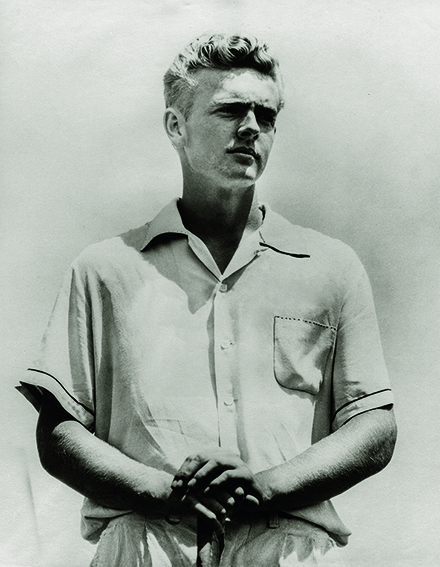 IMAGE 1: U.T. "Tommy" Thompson was Wilshire's Club Champion in both 1969 and 1970. He also won the 1969 Southern California Amateur, which was held at both San Gabriel Country Club and Hacienda Golf Club with thirty-six holes played at each course. Thompson dominated play with his 70-69-70-72 score to win by four shots.

IMAGE 2: Wilshire has never been known as a Club that produced an abundance of members whose golfing careers achieved sufficient prowess on either a national or international scale. However, the one exception is Wilshire's own Foster "Bud" Bradley, who died in 2017 at the age of eighty. As a youngster, Bradley became the National Junior Champion in 1954 when he defeated "Mr. 59" Al Geiberger 2 and 1. Thereafter, Bradley became a three-time All-American college player while attending USC (1956–1958). He could have easily embarked on a professional golfing career after college, but he chose instead to become a stockbroker. Bradley's competitive spirit never left him, and before coming to Wilshire in 1973 he was a seven-time Club Champion at Riviera Country Club. 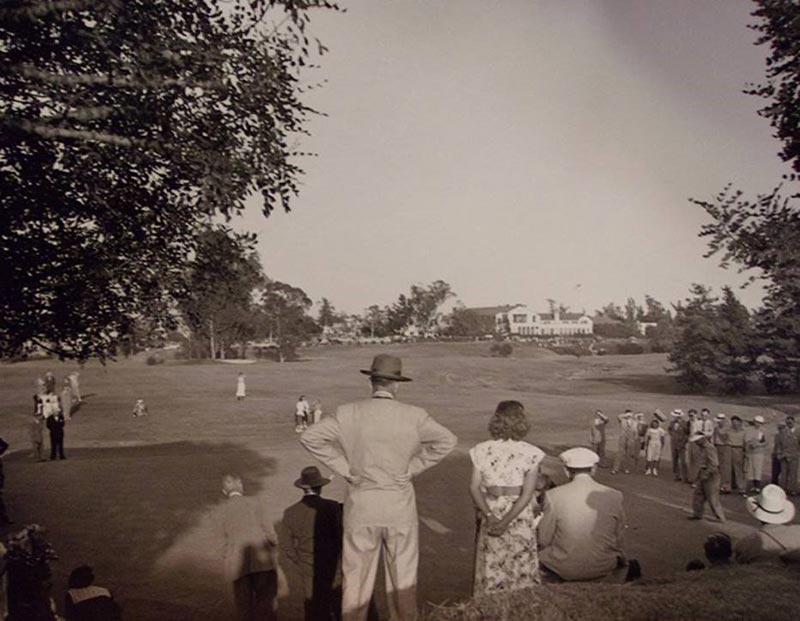 The first Macbeth Invitational, held in 1950, operated much differently than it does today. Initially, there were over 600 two-man teams involved, and it took four intensive weekdays of qualifying, with the low sixty teams and ties teeing it up for the weekend rounds. It usually took a net 65 to qualify.

On January 8, 1977, Jack Nicklaus held a golf clinic on Wilshire's driving range, sponsored by American Express, in connection with Golf Digest Magazine. Following the clinic, Nicklaus played eighteen holes with Wilshire golf professional Frank Morey. Nicklaus was extremely approachable during the day's activities, and he was especially kind to the junior golfers who hung on his every word during the clinic and dogged his every step on the golf course. Nicklaus returned to Wilshire again for another clinic on January 19, 1980, soon after being named the Athlete of the Decade during the 1970s by a poll of sports journalists. 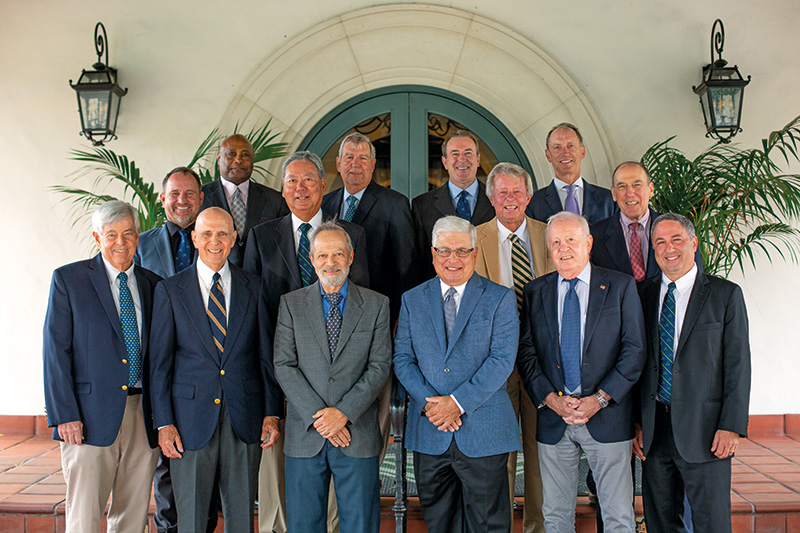 Past and current presidents together share a deep-seated love of Wilshire Country Club.